Game of the day:

Fashion Boutique
Dive into the world of fashion! 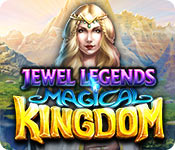